The Staurolites, better known as "fairy stones" are found at Blanchard Dam. Take Hilton Road (approximately 8.6 miles) to 68th Street (take path at the Dead End road). Digging for cross rocks in the river banks using shovels or other implements is not legal to do. These "Fairy" or "Lucky" stones are twinned staurolite crystals simulating the Roman, Maltese and St. Andrew's crosses. They are as much as an inch in length and are of dark brown color. The original staurolite mineral has changed to a compact softer material, so that the stones can be readily pared for jewelry trade.

These stones are much sought after as good luck pieces, charms, lavalliers and natural curiosities. Every stone is in some shape of a cross, and millions of people are now wearing them in various forms of jewelry.

It is well known that the late ex-President Theodore Roosevelt and ex-President Wilson, Thomas A. Edison, Colonel Charles Lindbergh, and many other prominent people of this country as well as some of the crown heads of Europe and prominent officers and men in the European War carried one or more of these little lucky pieces tucked snugly away about them.

Fairy Crosses are probably the most tangible, myth-legend in Fannin County, Georgia. They are referred to as crosses due to their shape. The mineral name for "fairy crosses" is staurolite. The staurolite is considered to be the Georgia state mineral.

The legend of "fairy crosses" have come down through history from the first meeting of John Smith and Pocahontas, which states that the Indian Princess gave John Smith a good luck charm necklace made out of a "fairy cross". It's also known that President Theodore Roosevelt carried an amulet made from a "fairy cross".

Locally there are two popular tales concerning the "staurolite". One states that "staurolite" or "fairy crosses" are the tears of the Cherokee, who wept over the loss of their homeland during the exodus on the "Trail of Tears". The other tale stems from an older legend concerning an ancient race of mountain fairies. This second tale tells of the fairies getting together at their favorite meeting place for dancing and gaiety, only to find out during one rendezvous some 2000 years ago, that the Son of the Great Creator died upon a cross. So moved by the loss of one so great in the spirit world, the fairies were crushed in heart and cried. As they wept, their tears fell to the ground and were crystallized into what we know as "fairy crosses".

What do we technically know about "fairy crosses"? Well, no two fairy crosses ever found are alike. There are three types. The Maltese Cross is a well formed, perfectly even cross, most difficult to find and highest prized by collectors. The second is the Saint Andrews' Cross, a more common find, with the angled line through the cross instead of a horizontal line. Third is the Prismatic Cross, easiest and more commonly found, a less than perfect shape but crossed just the same. There have also been finds of very rare six point crosses. No matter what tale agrees with you most, staurolite is becoming scarce due to its popularity. 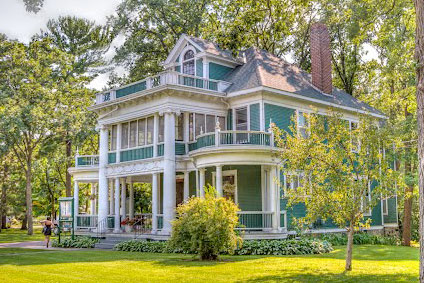